Located in the Eastern Aegean, where the East meets the West, Samos heartily awaits its visitors to initiate them into its secrets. Mountainous, mysterious yet welcoming, known since antiquity, Samos is the eighth largest Greek island. It boasts an amazing coastline and unique beaches, a verdant natural landscape of forests, vineyards, ancient olive groves and charming little villages scattered on its hillsides.

Samos is the closest of the Greek islands to the Turkish coast. The distance of 1,300 metres separating Europe from Asia has been known since ancient times as “Eptastadios Porthmos” or “Mycale Strait”. Chios lies to the Northwest of Samos, Ikaria to the west, the island complex of Fournoi Korseon to the southwest and the Dodecanese to the south of the island.

The town of Samos (Vathy) is the administrative centre of the municipality. Karlovasi is the second largest urban centre, hosting the headquarters of the School of Sciences of the University of the Aegean. Pythagorio is the historic municipality of the island, where the foundations of the ancient city of Samos were laid. Its fourth largest town is Marathokampos, at the foot of the imposing mountain Kerkis. A total of 33 large and small villages and many small settlements with a distinct local style expand from the coast of the island to the mainland, which is dominated by two mountain ranges, Karvounis (elevation 1,153 m) and Kerkis (elevation 1,443 m.

Samos is the birthplace of great historical figures of the ancient world: the philosopher Epicurus, the founder of the heliocentric theory Artistarchos, as well as the great philosopher and mathematician Pythagoras. Herodotus and Aesop also lived for long periods on the island and, according to mythology, the goddess Hera was born there. 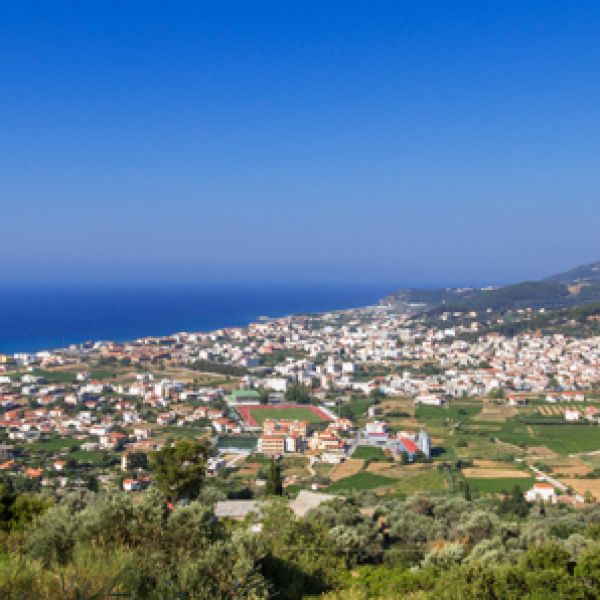 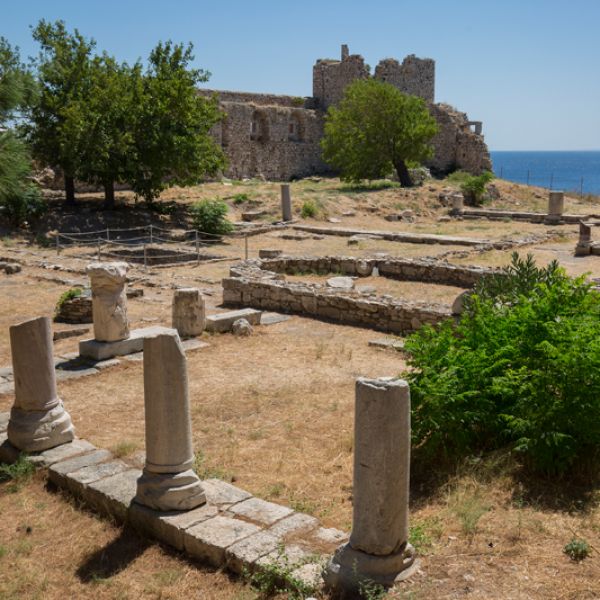 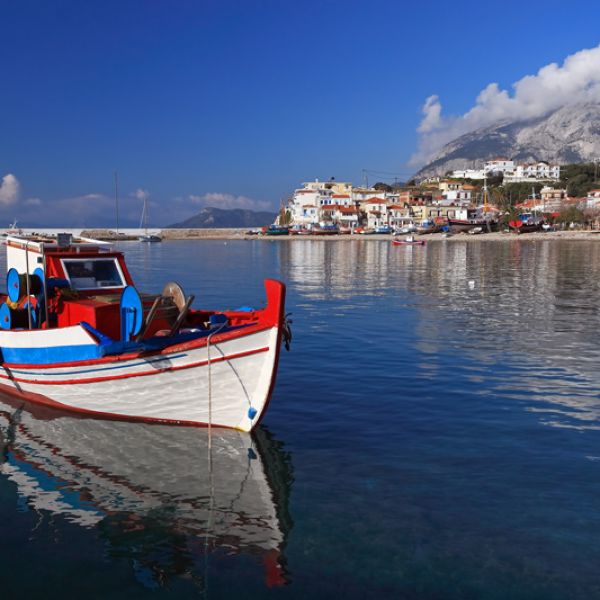