Samos offers a distinctive combination of mountains and sea. Dense vegetation reaches the island's intricate coastline. Fountains with clear water flow through the intense geophysical terrain. It is a unique place that is worth exploring.

an organised sandy beach with shallow water in a small bay.

in a beautiful leeward bay that usually attracts families.

a popular beach, with pebbles, deep clear waters and big waves. Well organised and a favourite spot for watersports lovers and fun seekers.

one of the most beautiful beaches of the island with vegetation that reaches the shoreline and beautiful views of Kokkari. It attracts young people.

a lovely, peaceful beach with big pebbles and deep waters.

a small and shaded beach, ideal for families.

a small beach in the namesake settlement for peaceful and delightful swimming.

popular, with shallow water and sand and big waves when a northerly wind blows.

an idyllic beach of exceptional beauty, among the favourites for locals and visitors. The chapel of Agios Nikolaos overlooks the beach from a hill top and the small stream with waterfalls at the bottom of the canyon offer ideal opportunities for hikers and explorers.

a beautiful beach with deep clear waters in a wild, rocky landscape, which is accessible by a lovely trail through dense vegetation.

one of the most remote but magical beaches of the island, where the Kerkis canyon opens to the sea. A Natura protected site, accessible by sea or hiking.

Samos is a verdant island with intense topography and great biodiversity due to the two mountains and its proximity to Asia Minor. Pine forests coexist with vineyards, olive groves and citrus trees. There are also many species of endemic, rare plants and herbs. Due to the geological background and the numerous water sources, caves and gulf caves have been created.

Its rich fauna, rare for an island, includes wild boars, hares, the Samian “golden jackal”, hedgehogs and reptiles like the chameleon [drapanorichos] of Samos, lizards [kourkoudialoi], snakes, frogs and turtles. A large number of birds like the hawk, the eagle, the owl, the partridge, the blackbird, the common kestrel etc is present. The coastal areas have also a plethora of species and an interesting seabed, while the deep sea passages are gateways for large mammals, like dolphins and cetaceans. In the remote north-western coasts live a small number of “monachus-monachus” seals.

a small beach in a picturesque cove with views to the Asia Minor coast.

an organised beach with very shallow waters, suitable for beach games and families with children.

one of the longest beaches on the island, organised in many of its parts, with big white pebbles and emerald waters.

between Lykourgos Castle and the Roman baths, popular among young people for watersports and summer fun.

one of the longest beaches of the island, offers various activities as well as peaceful spots.

remote, with captivating and wild natural beauty, accessible by sea or a dirt road.

a long pebble beach, with deep and clear waters and a small cave.

a long, crowded and organised beach for many activities.

one of the most beautiful beaches with shallow waters, organised, ideal for families. Above it rises the magnificent Kerkis mountain.

a remote beach with wild beauty and views to the islands of Fournoi.

The habitat of Mycale (old salt flats) is part of the NATURA 2000 network of protected areas and is a stopping point for many migratory bird species, like flamingos, herons, wild ducks, common stilts etc. More specifically, during winter, the wetland, one of the very few in the Greek islands, hosts over 120 bird species, many of which are classified as rare or endangered.

Kerkis or Kerketeas mountain with an altitude of 1,434m, is one of the highest mountains in the Aegean. It forms part of the network of NATURA 2000 protected areas, home for significant bird species, like the long-legged buzzard and the short-toed eagle, as well as rare plants like Consolinda of Samos, Silene Urvillei, Minuartia Anatolica and Centaurea. The mountain occupies a great part of the west area of the island and has an intense geophysical topography. Its distinctive features are the precipitous slopes and ravines of limestone, slate and marble rocks. At an altitude of over 800 metres, the soil is mainly rocky with clusters of rare sclerophyllous shrubs. In the lowlands, there are temperate coniferous forests while the ravines are covered with sycamores, weeping willows and laurels. In its foothills, olives and vines are cultivated.

Ampelos mountain or "Karvounis" took its name from the extensive vineyards in terraces (ampelos means vineyard in greek). It mainly covers the central part of the island and its highest peak is Prophetis Elias, at an altitude of 1,153 m. Pine forests dominate large areas of the mountain . On higher altitudes we encounter “pinus nigra” species and on the lower ones the “pinus brutia’’. There are also cypresses, oaks, chestnut trees, sycamores, walnut trees, pear trees, apple trees, cherry trees and many kinds of aromatic herbs and plants such as winter savory, oregano, thyme, sage, mountain tea, etc. Many species of wild Samian orchids and saffron are common. Edible mushrooms [manites] in varieties like Lactarius deliciosus, Lactarius vinosus, Pleurotus Ostreatus and Lactarius Piperatus, are considered to be of top quality. The greatest part of Ampelos is part of the NATURA 2000 network of protected areas.

Small natural waterfalls are located in the Potami region of Karlovasi in a verdant ravine of Kerkis that opens to the beach. It attracts nature lovers and hikers who come to explore a breathtaking route through sycamores and springs.

The marine ecosystem of Samos, is of great interest thanks to its biodiversity in organisms and plants. Many endemic fish, shellfish and molluscs, mammals like dolphins and seals, as well as seabirds find shelter in the coastal and marine environment of the island. The sea bottom is rich in Posidonia seagrass and red algae which play an important role in the survival and reproduction of sea species. 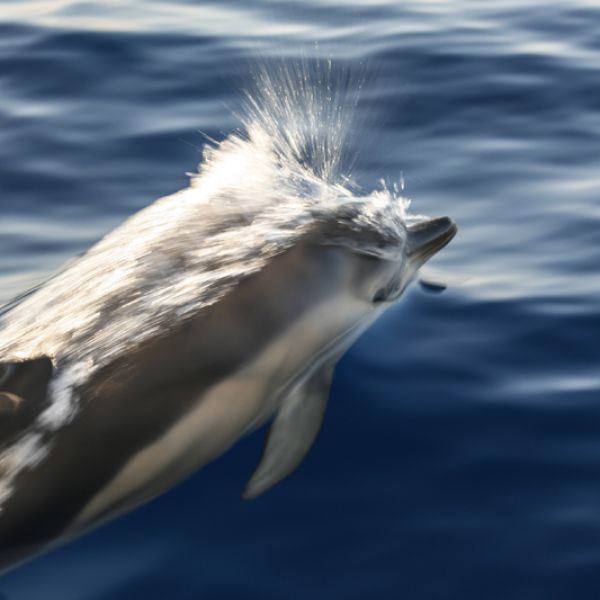 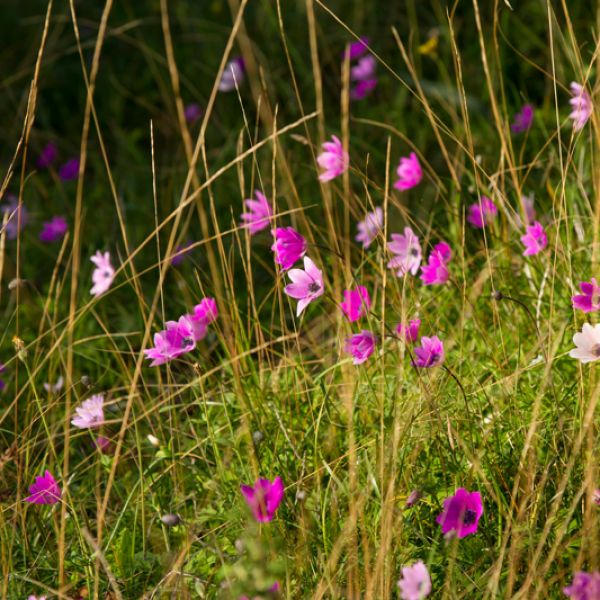 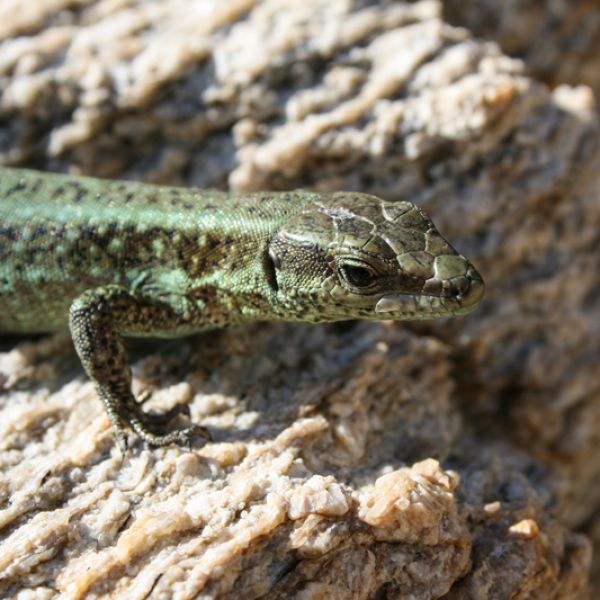 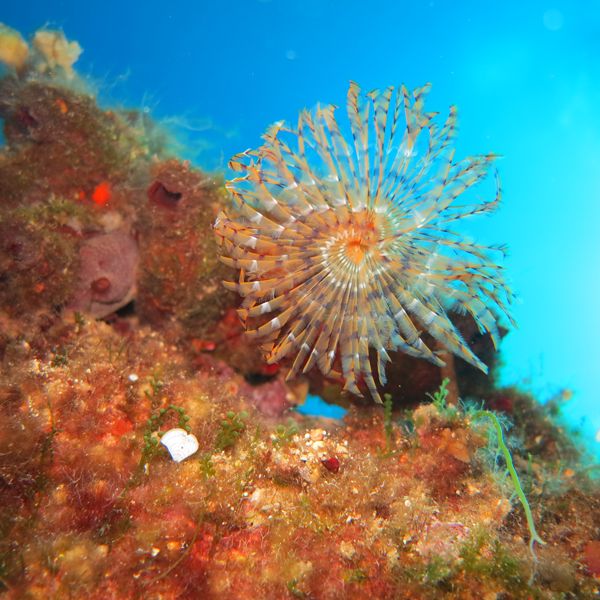 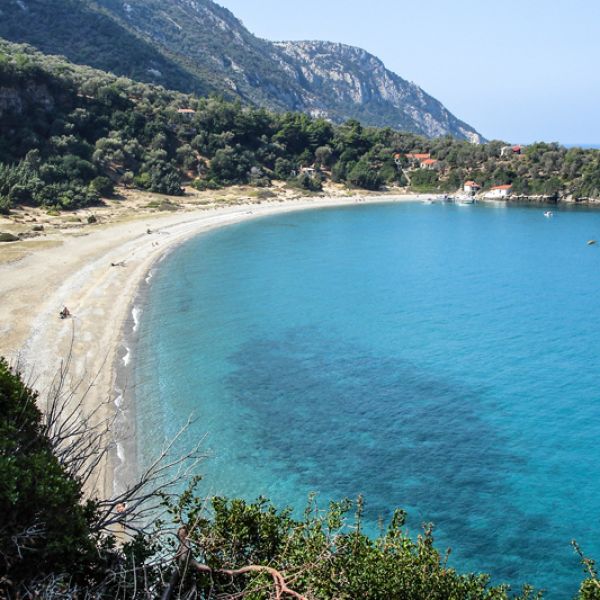 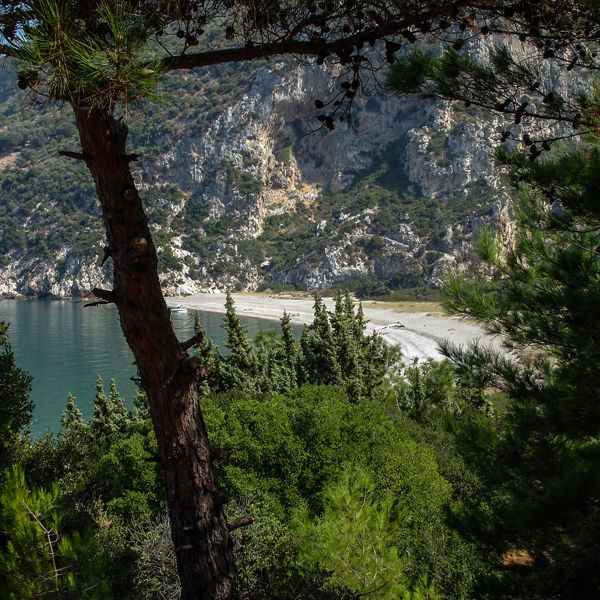 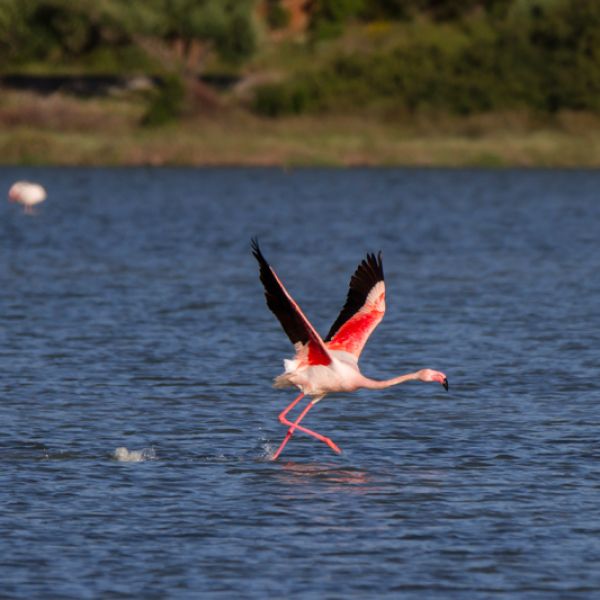 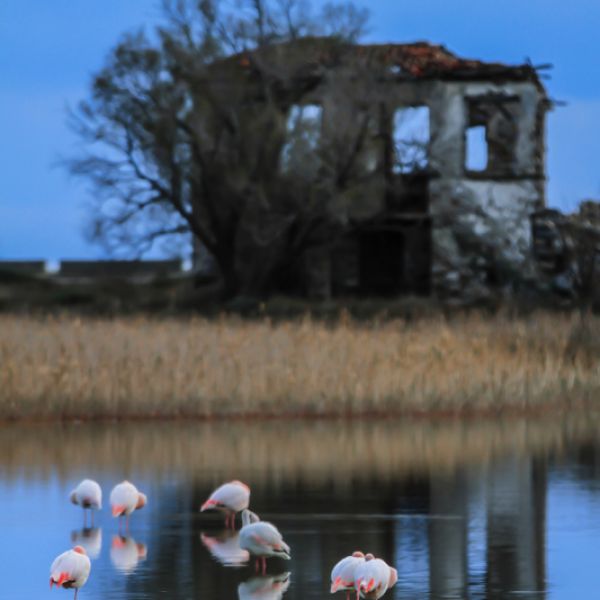 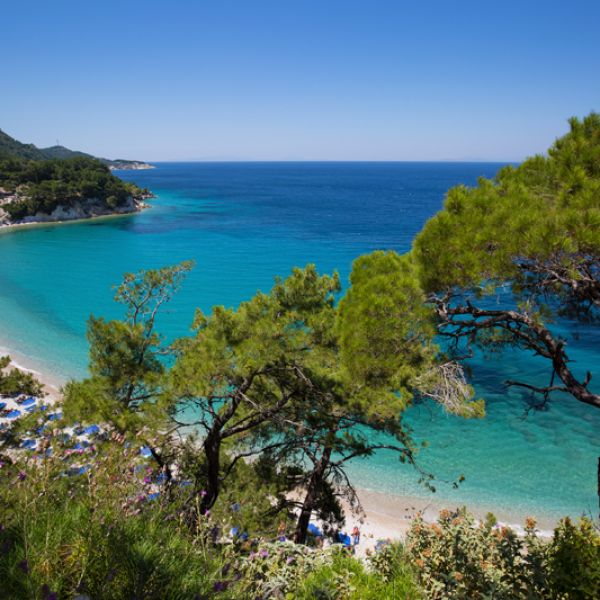