A cultural centre since ancient times, Samos boasts remarkable wealth in all aspects of art. Prominent works can be found in the Archaeological Museums, while Pythagorio and the temple of Hera, the Heraion, have been designated as UNESCO World Heritage Sites. The town of Samos has an Archaeological Museum, an Ecclesiastical Museum, a Historical Archive, a Wine Museum and a Public Library. The island also has a Natural History Museum in Mytilinioi, a Folklore Museum at the Dimitriou Cultural Foundation, a New Archaeological Museum in Pythagorio, a Tanning Museum and a Folklore Museum in Karlovasi, as well as other small folklore and historical museums in several villages.

The contemporary culture of Samos is reflected in its architecture, in traditional settlements with remarkable churches, grand manors and prominent public buildings as well as its old tanneries and tobacco factories.

Architecture
Local architecture draws influences from history and tradition as well as trade, tourism and industry. Exquisite neoclassical buildings can be found mainly in the two major urban centres of the island, Vathy and Karlovasi. Fine buildings with striking local features can be found in most villages. Churches, monasteries and chapels throughout the island are characteristic examples of Byzantine and post-Byzantine architecture. There are few but notable fortresses, castles and fortifications. Traditional Samian architecture makes good use of favourable local climate and a plethora of natural building materials, creating buildings with bioclimatic design principles. Rich architectural elements and details reflect the combination of tradition with diverse cultural influences from Greece, Europe and the East. Contemporary influences, mainly from the modernist movement, appeared in Samos in the late 1960s.
Music
A prominent figure in music was the philosopher and mathematician Pythagoras, who founded a scientific theory of music and the "musical harmony" of cosmic bodies. His contemporaries, the lyric poets Anacreon and Ivykos, lived in the court of the tyrant Polycrates. The list of Samian poets of the Hellenistic period includes Aeschrion (or Aeschion), a great iamb-maker, and Hedylus, son of the lyric poet Hedyle.

Contemporary musicians include the creator of the Samian anthem and poet of the Revolution Georgios Kleanthis (1801-1839), the composer Manolis Kalomiris (1883-1962) inspirer and pioneer of the Hellenic National School and the pianist Aris Garoufalis (1942-2013), who was director of the Athens Conservatory and the Athens State Orchestra. Nowadays, there is an abundance of musical trends with featuring festivals, bands, amateur groups, choirs, and philharmonic orchestras.
Theatre
The island has a theatrical tradition dating back 2,500 years. Agatharchus of Samos, who studied the techniques of perspective in painting and scenery, is believed to be the most important stage designer of ancient tragedies.

In later years, we find theatrical events connected with social life, such as the custom of “Kadis”, that revives during the Carnival. In modern times, various amateur theatre troupes have emerged. The most notable is the Theatrical Group of Samos, which has been holding quality performances since 1985. As a member of the Aegean Federation of Amateur Troupes, it has repeatedly received national awards. Three meetings of Aegean amateur troupes have been held in the island, and, every summer, many troupes present their plays at the ancient theatre of Pythagorio, at the theatre of Ai Giannakis in Ano Vathy, and mostly in outdoor sites.
Dance
The history of dance in Samos starts with the rituals in honour of the goddess Hera. Representations of rhythms and movements in ancient Greek art were transferred to the rich dance culture of the island. Strong interest in traditional and modern dances today is reflected by great participation in local dance clubs and associations. Samos has an established dance community, hosting dance festivals and events every year. Local schools teach classical ballet, jazz and modern dance, while seminars are hosted with world-renowned artists such as Edward Truitt, Bruno Caverna and Daniel Lommel.
Visual Arts
Artistic creation in Samos focuses mainly on hagiography, painting, photography and sculpture. Its most important contemporary artists include the icon painter Ioannis Sitaras, the painter and sculptor Aristotelis Solounias, the painters Konstantinos Evrigenis and Nikos Kypreos, and the photographer Emmanuil Coupe Kalomoiris.
Local Cuisine
Samian cuisine ingeniously combines local traditions with fresh products and influences from the West and East. The local cuisine focuses on dishes with vegetables, seafood and meat in many interesting variations to suit all tastes. Some typical recipes: Fresh vine leaves wrapped with rice and dill - the well-known "dolmadakia" (or "giaprakia" as known locally), accompanied by yoghurt. Pancakes, kneaded with care, sprinkled with goat cheese or honey. Lamb wrapped in aubergines, braised in the oven, with tomato sauce and red wine. Chickpea balls with fresh tomato or courgette balls with spearmint and cheese. The famous Samian “bourekakia” with handmade filo pastry, stuffed with sweet pumpkin “lyra”, feta cheese and cinnamon flavour. Barbecued seafood accompanied by wild mountain herbs, olive oil and lemon sauce. Octopus in sweet Samian wine sauce and onions. Local goat, stuffed with rice and herbs, baked in a wood-fired oven.
The local delicacies form an ideal accompaniment for award-winning Samian wines with fruity flavours of muscat grape. The Samian ouzo, the "souma" and other spirits are the perfect accompaniments for mezes or simply a refreshing aperitif. The local sweet dishes include sweetened fruit, made with care, and a variety of fruits of the Samian land. Kserotigana (known as "diples" or "katimeria") sprinkled with grated walnuts and local honey. Mustalevria, a pudding made from muscat grape must with cinnamon and sesame. .
Festivals
Major cultural events featuring well-known artists are held on the island, especially during the summer.
The “Irea-Pythagoreia” Festival, inspired by the representation of ancient rituals in honour of the goddess Hera, is includes various musical events, happenings and interesting workshops.
“Ireon Music Festival”, a lively three-day event dedicated to contemporary Greek and international music takes place every August, with performances by well-known artists such as Vasilis Papakonstantinou, Socrates Malamas, Locomondo, Stranglers, Stereo Mcs, Peter Hook.
The “Young Artists Festival” in the ancient theatre of Pythagorio, under the auspices of the Schwarz Foundation, transfers us to the magical world of music, with remarkable artists from all over the world. 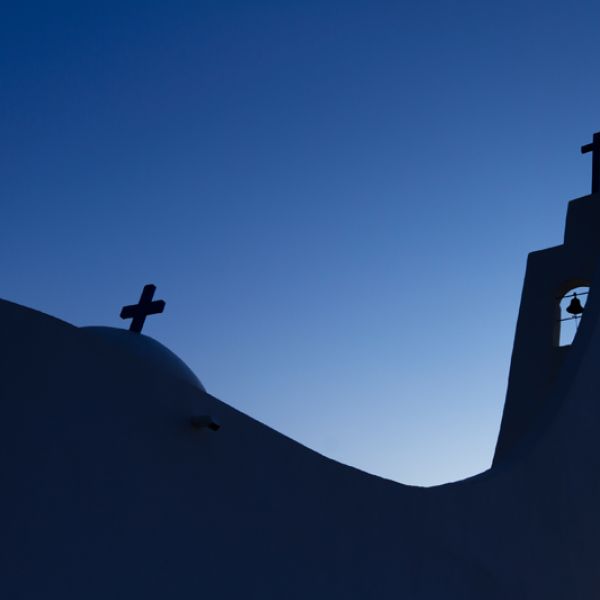 The traditional settlement of Ano Vathy 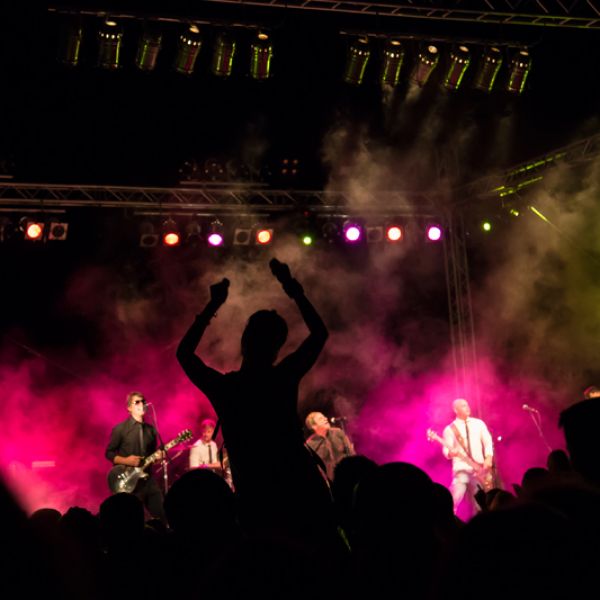 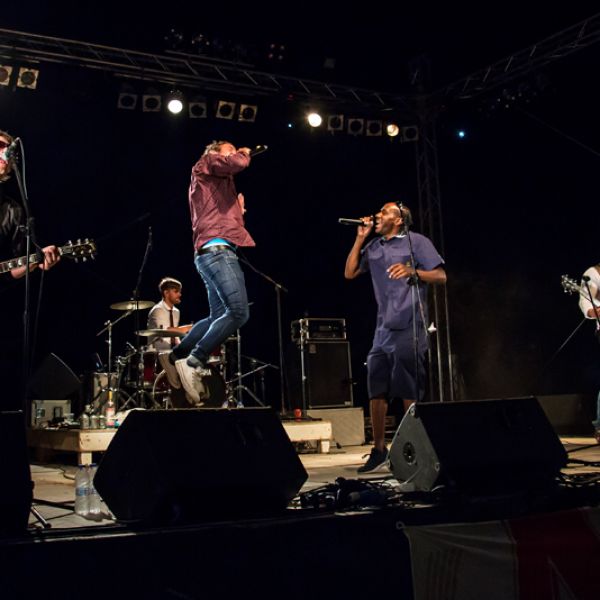 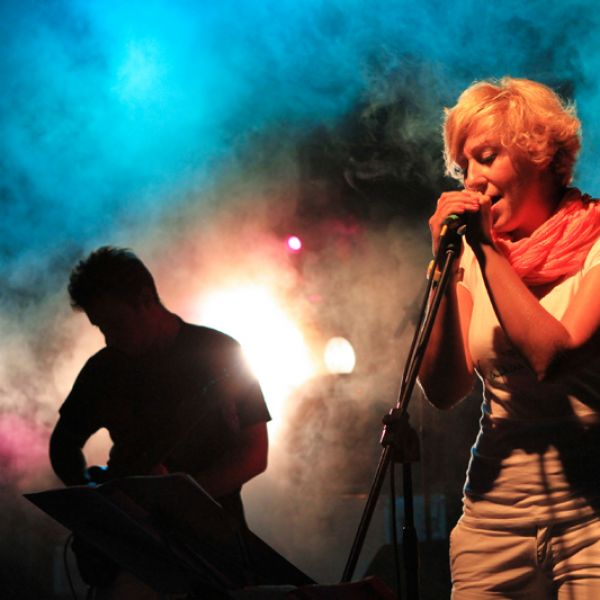 A neoclassical manor in Karlovasi 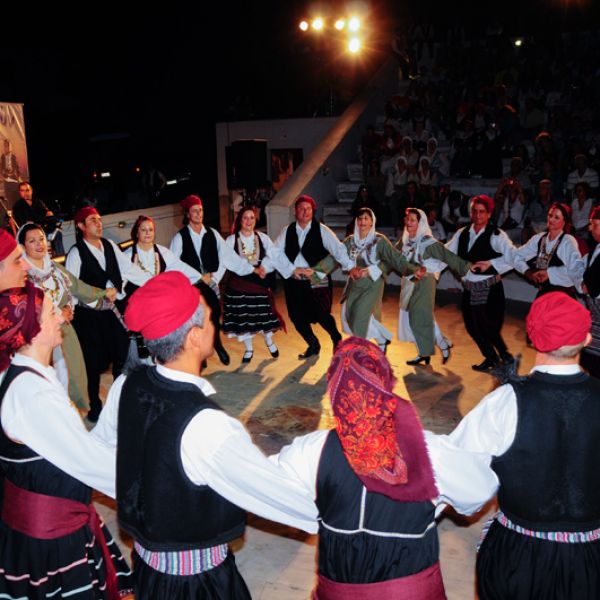 Festival of traditional dances at the open Theatre of Ai Giannakis

Chapel of Prophetis Elias on the summit of Karvounis mountain 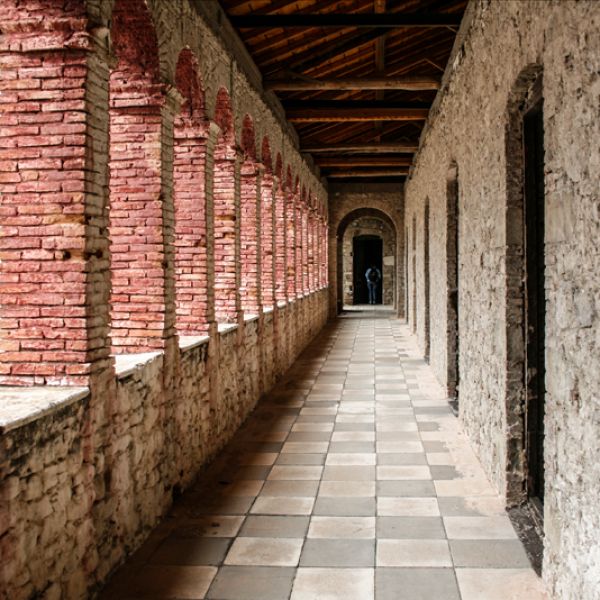 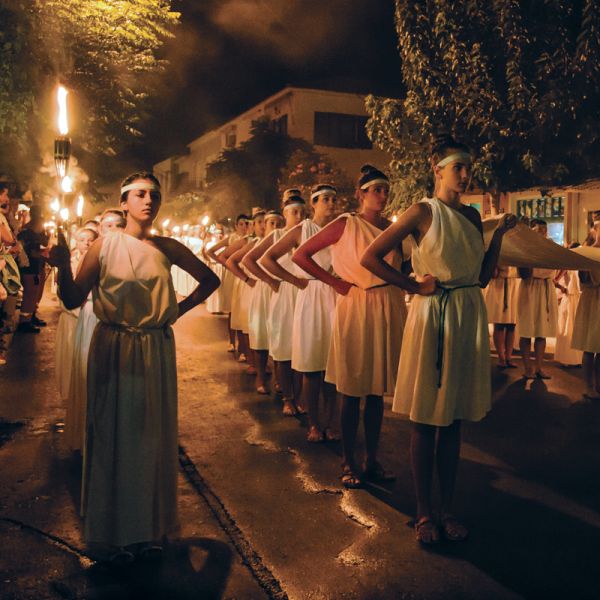